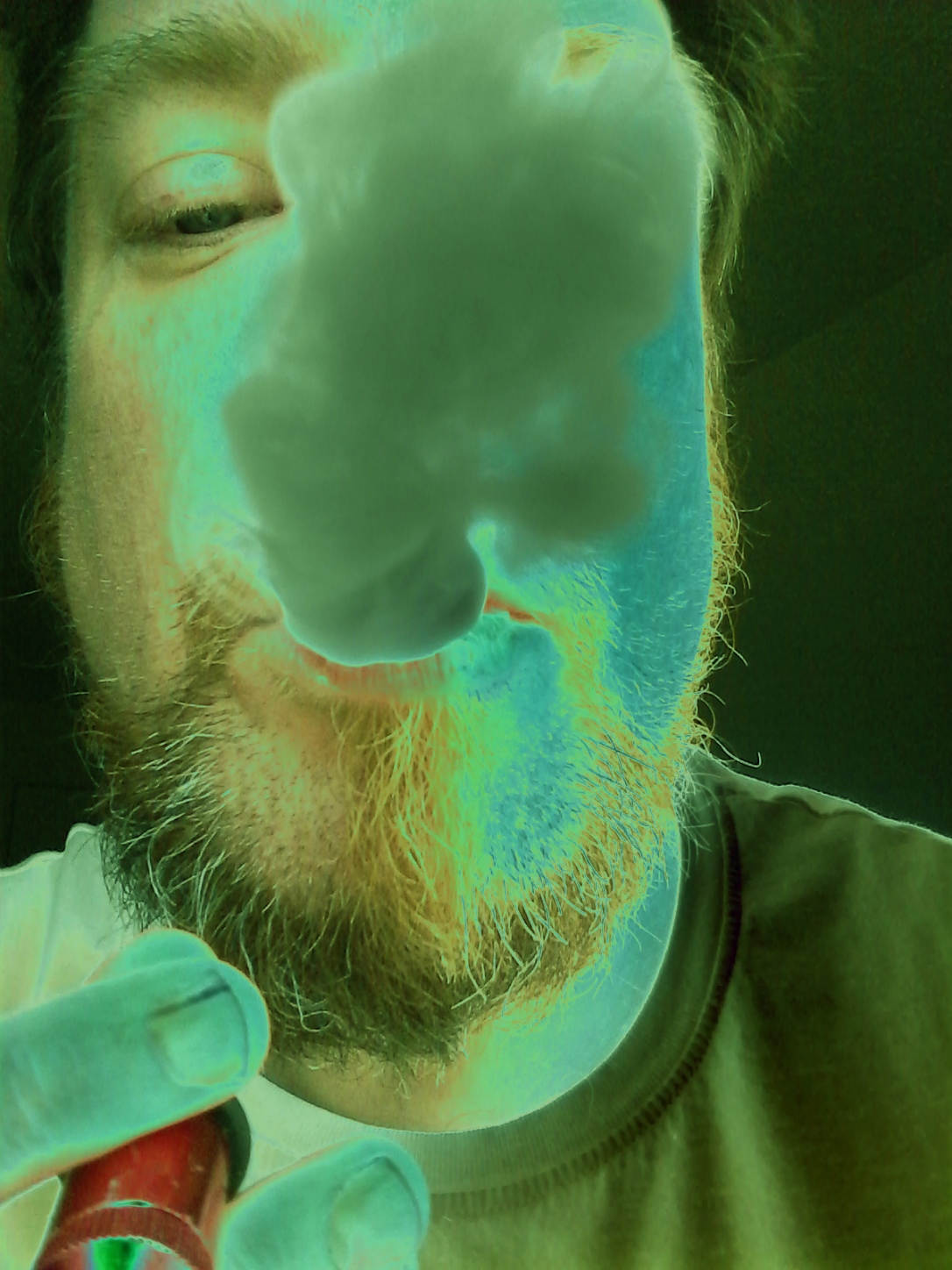 This is the part of the site where I’m supposed to tell you all about my wonderful husband and our gorgeous children and the white-bread existence we’ve carved out for ourselves in a magical fantasy land called Suburbia. Except the closest I’ve ever actually come to giving birth was that time I was gang-raped by an unruly mob of interstellar humanoid amphibian creatures. The egg sac they left in my rectum hatched the next morning, just in time for breakfast. I ate their tadpoles with some fava beans and a nice Chianti.

Yeah, I have one of those Twitter thingies. And the trite and blasé yet unfortunately obligatory Facebook page. I also have a YouTube channel, but it’s mostly old shit. I don’t think YouTube even rightfully counts as a social network anyway. But the channel is there, if you want to have a look at it. Some of the videos I made for my channel have that psychedelic Andy Warhol vibe to them. If that’s the sort of thing that turns your crank, then by all means, knock yourself out.

My handle on the ‘book is xjupiterhart. They wouldn’t let me use an underscore in my handle. Arseholes

I have no use for Instagram. Even less for Snapchat. I don’t know why Pinterest exists. If somebody meticulously explained it to me in plain English (or any other language I have casual familiarity with), I would probably still be none the wiser as to what justification there is for its existence. But email and text messages are still around and still useful, so business inquiries and/or sweet nothings can be emailed to me at todeskaefer [at] gmail [dot] com or texted to the following number, which I have decreed shall be displayed on this site solely in Ishihara format, on the grounds that I’d rather not get a thousand texts a day advertising magical pills to make my trouser snake bigger. If you’re colour blind, get your mama to read this to ya…

For business inquiries or just to whisper sweet nothings, hit me at todeskaefer [at] gmail [dot] com