This website was launched on October 28 of last year. I chose that date for two reasons. The first reason being it’s my usual shtick to unleash things upon the earth either on the seventh day of a calendar month, or on a date that corresponds with a number divisible by seven. That’s just how I roll. The second reason is that I wanted to launch the site in time for November, which among other things is National Novel Writing Month. Or NaNoWriMo (nan-oh-RHYME-oh), as it’s known for short.

The gist of NaNoWriMo is to challenge people to produce a novel of at least fifty thousand words during the month of November. For the benefit of all participants, the rules don’t state that the novel has to be riveting or particularly well-written. Authoring a complete novel of that high a calibre in thirty days or less would be a Herculean undertaking for most people, unless Green Eggs and Ham counts as a novel now and I didn’t get the memo.

The notable lack of Nobel Prize-worthy material composed during NaNoWriMo is virtually of no concern to all involved, however. It’s not so much about producing the next Hamlet as it is about getting people engaged in the craft of creative writing, so they gain a newfound appreciation for the art. Ultimately, a newfound love of literature itself – a love always stronger and more ubiquitous than we’re ordinarily accustomed to believing it is.

Like many people, I’ve read a lot of books over the years. Not all of them I loved right away. Some were confusing as all shit on the first read, only starting to make sense upon subsequent reads. Some caused a certain churning feeling in my gut with either an absurdly improbable premise or something outright inexcusable, like purple said-bookism abuse. Some books left behind a strong Whiskey Tango Foxtrot aftertaste in my conscience that persisted years after I read the last sentence. Then there are other books that are just plain horrifying. But all in all, I don’t regret reading a single book I’ve ever read. A library is a different plane of existence. A place devoid of regret. 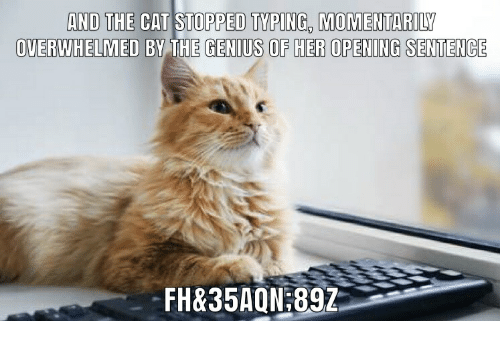 For business inquiries or just to whisper sweet nothings, hit me at todeskaefer [at] gmail [dot] com View all posts by X. Jupiter Hart

For business inquiries or just to whisper sweet nothings, hit me at todeskaefer [at] gmail [dot] com